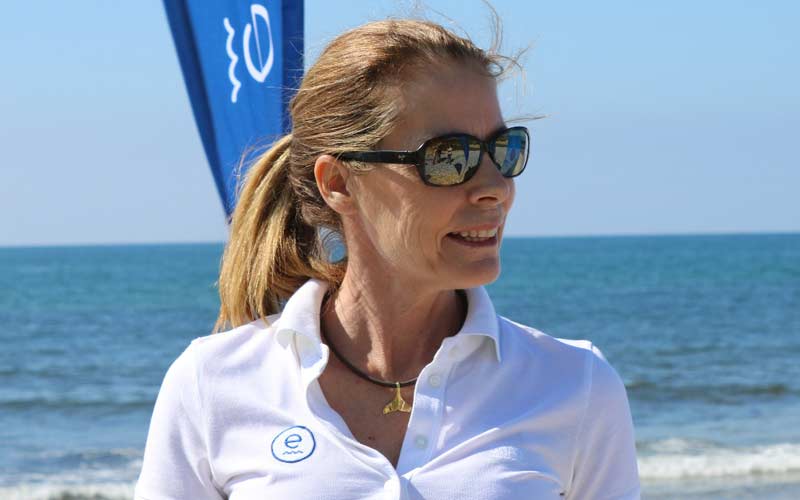 Theresa Zabell won Gold in Barcelona 92 and Atlanta 96. She also won five world championship titles, plus one silver, three European titles, 14 International Olympic weeks and 13 National Championships. On various occasions she reached number 1 in the world ranking and in 1994 was elected as World Sailor of the Year.

When she retired she wanted others to enjoy the wind, the sea and all that surrounds it as much as the had, so she started a Foundation, ECOMAR. This year ECOMAR will be 18 years old and over 140,000 children have benefited from the activities carried out. Coastal clean ups being one of their favorite activities.

Theresa is an International consultant for UNESCO, is very active in the world of conferences and is working for a company that organizes sporting events in track cycling.

Theresa was a member of the European Parliament between 1999-2004 and belongs to the Independent Group of Sports Experts of the EU, has been Vice-President of the Spanish Olympic Committee during 8 years and plays a leading role in sports in her country and worldwide.

Theresa has been awarded with the Great Cross for Sports Merit by the Spanish Government.